Digital Ads Against the PRO Act

From February 2-6, the Construction Advocacy Fund  financed an AGC effort to engage a construction-friendly audience on Facebook through the placement of digital ads in the lead up to a vote in the U.S. House of Representatives on the Protecting the Right to Organize (PRO) Act. The ads were run in the following congressional districts where members of Congress were undecided on the legislation: AK-AL, CA-16, CA-48, CA-52, FL-7, FL-18, FL-25, NY-1, NY-24, OK-5, and SC-1. The ads, which were seen by over 600,000 Facebook users, urged individuals to tell their representative to oppose the bill.

For reference, the PRO Act is an unprecedented attempt to fundamentally change dozens of well-established labor laws to assist organized labor without regard to their detrimental impact on workers, employers—union and open-shop—and the economy. If enacted, the PRO Act would completely upend decades of work to balance employee and employer rights and restrictions settled in courts, the National Labor Relations Board, and Congress.

Among the bill’s provisions, it would: 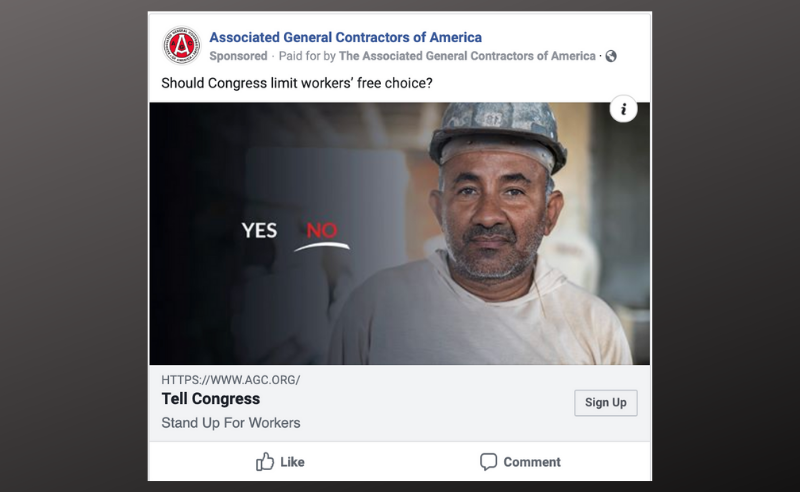 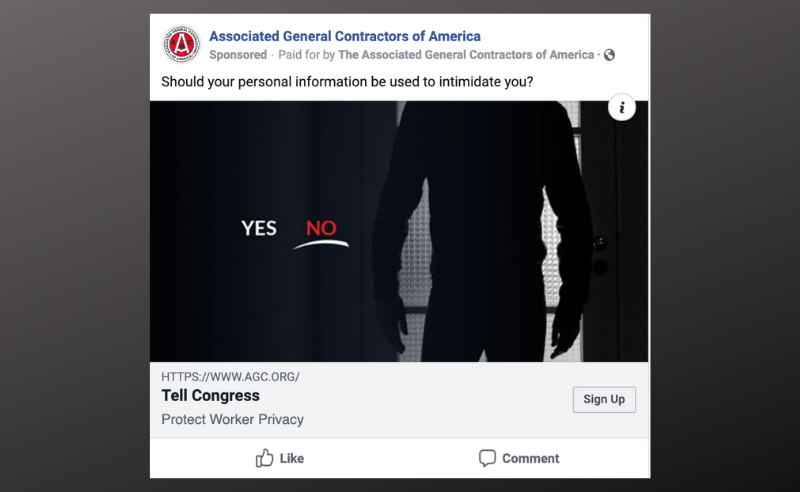 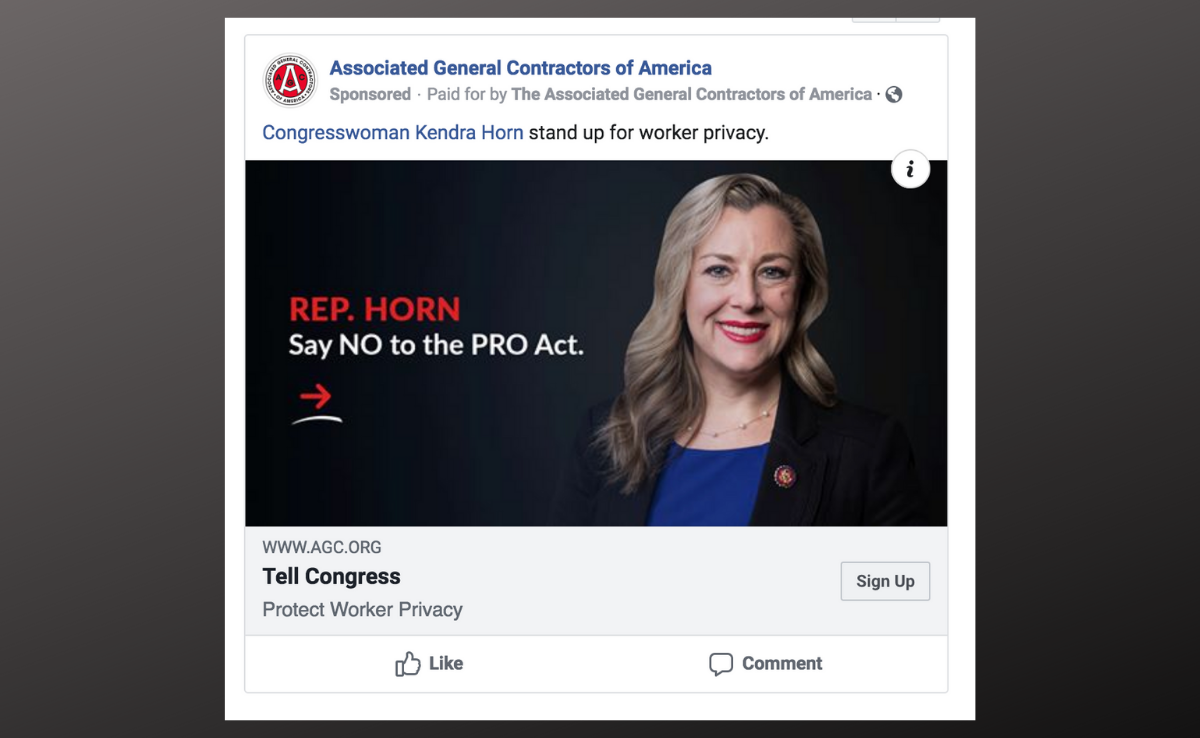